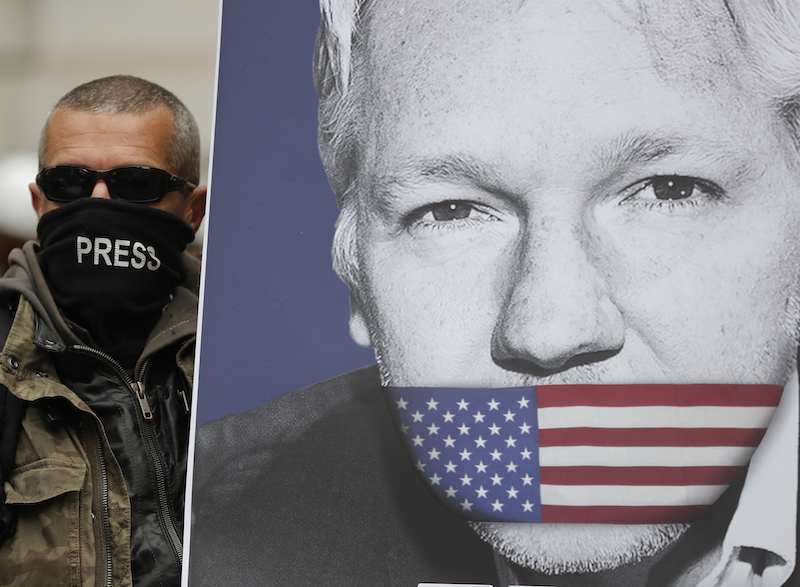 Assange and WikiLeaks revealed the American military’s war crimes, its Capitalistic government’s corruption and the US corporate media’s pathetic servile flattery to its anti-social power elite. So, if you’re a member of our ruling class, you would view those as textbook examples of dickery. There are more than 100 Reasons why Capital Leaders in many so-called democracies hate social activists just to save their own asses.

In a moment I’m going to list all the ways Julian Assange changed the world by being a dick.

In an evolved and fully realized society, the oligarchy would see Assange as a dangerous criminal (which they do), and the average working men and women would view him as justice personified (which they don’t). We would celebrate him even as the mass media told us to hope for his downfall – like a Batman, Raman or a Robin Hood or an Ozzy Osbourne (the early years, not the cleaning-dog-turds-off-his-carpet years).

1) That would be the notorious Collateral Murder video, showing U.S. air crew gunning down unarmed Iraqi civilians with an enthusiasm that couldn’t be matched by an eight year-old winning a five-foot-tall stuffed animal at the county fair. They murdered between 12 and 18 innocent people, two of them Reuters journalists.

2) WikiLeaks brought us the Guantanamo Bay “Camp Delta Standard Operating Procedures” – showing that many of the prisoners held on the U.S. military detention facility were completely innocent, and that some were hidden from Red Cross officials. (Because when you’re torturing innocent people, you kinda want to do that in peace and quiet, away from prying eyes. It’s very easy to get distracted, and then you lose your place and have to start all over again.)

1) Peek into your vocal for local neighborhood ponds.
2) Some variants of democracy are merely a farce.
3) Greed, domination, religion and racism to justify pillage.