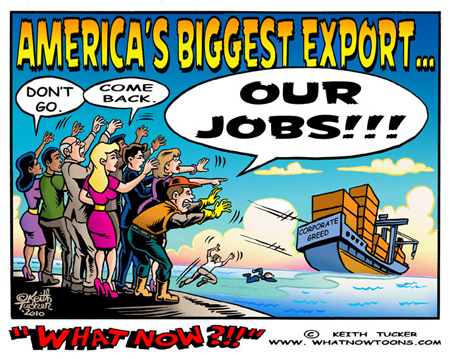 May 2017: Equipped with excellent bootstrap reports manufactured using newer digital technologies, the executive lobbyists are tipping our #PopulistMedia that job cuts in Information technology (IT) sector will be 2 lakh per year for next 3 years as our millionaires were busy in hype mongering, start-up siphoning and thereby the under-preparedness in adapting to so-called new technologies. Some even shout that half of the workforce in the IT services firms will be declared irrelevant over the next 3-4 years as their sponsored startup brands are becoming oligarchies pumped by favorable populist leadership.

Companies can blatantly profile using social media bigdata and ordinances of hunter daddies to fire filtered software engineers to satisfy its so-called bottom right greed. Out of some 4 million people employed, majority of them have to be retrained or laid off, change or fly your Abacus to a KG on Mars!

Obviously, when rightist greedy profiteers analyze such figures, its academically clear that 40% of the workforce cannot be retrained or re- skilled. So, assuming that half of this workforce can continue to work on old skills, then balance will become redundant, say logic! Besides the now widely known populism counter-attacks on outsourcing easy bucks by similar breeds in US, smart cronies in desi IT services industry cries that it is passing through uncertain times as growth in digital technologies like cloud-based services is happening at a much faster pace.

The guinea pigs will be the professionals aged 35 and above, for it would be very difficult for them to get jobs unlike charming head hunters luring students at campus as cheap and muddy replacements until another such market bust after another few years. Who can target the government or employers?

The IT industry and the workforce grew on its own (DIY basis) in India, but at later cash-cow stages state / central governments and the insiders network of venturing cronies (officially called some VC) provided them facilities like land or creating special economic zones, for tax ransom favors and ballooning re-engineered socio-political hype stories, far away from real science or tech.

One thought on “Indian IT firms will fire 2 lakh engineers per year to compensate dents on bottom greed?”

Figure Out What Your Unique Value Proposition Is