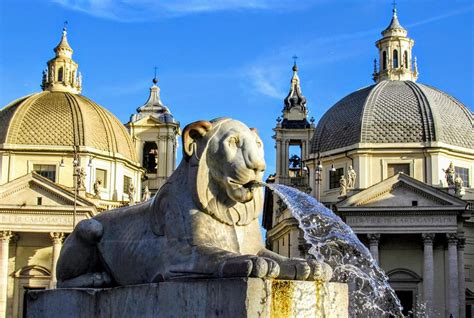 Apr 11, 2013: Strong proponents of “ideas for humanity” like Bhagat Singh need not care either for the bhakt worshipers or power of loot-wing capitalist cronies. For ChorBhakts cum West referrers, US embassy in July 1976 said corruption in India was a “cultural / political / economic” fact of life, and that it was not a Western import but historically a local phenomenon. It called the India’s “united givers fund” as JIT startups of smart chors and imperialism loot-mind residuals. The cable said corruption was not confined to the business or political world, religious shrines have long been known for their corrupt practices. Though such cables are also selectively preserved / exposed for many reasons, and whistle-blowers / social-reformers are suppressed there also.

Corruption affects virtually every transaction of any size, domestic and external. Moreover, while there has been a reduction in smuggling, open mafia, open bribes and illegal remittances and some cuts in tax evasion, there is no indication that other forms of smart corruption and financial terrorism are decreasing despite recent civil movements like Lokpal and some bold steps by the new loot-wing power center. One could easily come to the cynical conclusion that there is a direct and positive relationship between laws against corruption and the extent of corruption itself, i.e. each such law only means that there are more smarter ways to bribe, terrorize citizens, innovation in sucking taxes / interests from smaller entities and more real & honest Bhagats to suffer.. smarter #ChorBhakts and Oligarch #Cronies are manufactured everyday using improved stealth technologies.

The dividing line between acceptable and reprehensible transactions seems to be governed in part by amount. Large payments, whether or not legal, are considered “bad”. Furthermore, a distinction is often made between corruption for political purposes (e.g. GST, Aadhar, Arms Deals, Energy Pricing, EVM, Subsidies of Poor, Bandwidth Commissions, Media Manipulation, Currency Printing, Credit & Banking Frauds, Chit Funds, etc) and that for neta’s personal purposes (Sources: !?). It has long been the practice, and continues to be the case today, that every large firm and most small enterprises are approached for their contribution to India’s “united givers bond”, the big parties organizational budget.

Nevertheless corruption and financing terror was at its peak in British India, who taught us English so we can work for them, help them extort taxes from poor & working class mostly farmers during those days. This new corrupt breed of bureaucrats and industrialists were not questioned till they kept helping British in robbing our people of their fruit of labour. Current looting generations we tolerate are mostly its Darwinian offshoots, evenly spread all over.

Many stories were told to us by desi / invading leaders and text book writers over time, no first hand account in any case. No reliable evidence to conclude that we were more or less corrupt before British, the class governing this so-called united south Asian giant has made it corrupt for their own benefits and it continues! Its amusing to see some loot-winger bhakts putting adverts, social messages and dresses to look more patriot and nationalist than the likes of freedom martyr Bhagat Singh, the fight was never merely to replace few rulers called British imperialists, it was much more and incomplete.

Forget Lokpal, it won’t be surprising if corruption is legalized and may also be included in curriculum of our Management and Other training schools. If this happens, we shall have no dearth of good authors to write text book series like “Learn Corruption in 7 days”, “3 Habits of Hard Working ChorBhakt Jugaadu”, etc. There will be a big industry of Coaching Classes with internship in all government, corporate and party offices. Currently, it is a good career only for few connected & selected elites, charming kotler cronies and loot-wing propaganda bhakts, but it can be more scaled to penetrate deep within our culture and we shall lead the industry, globally! What happens after that is a black reality all of us would love to ignore, just like we do while sucking mother earth & climate.

One thought on “Governing elites forced us to be corrupt for mutual benefits and it continues!”