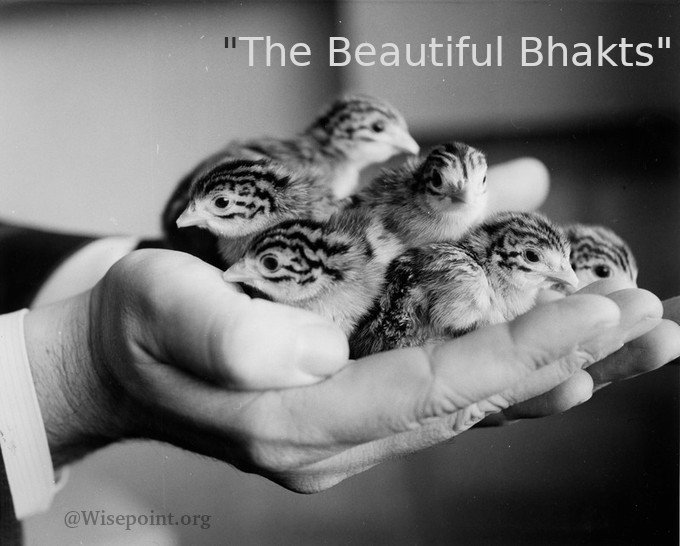 It is often used to indicate holy or highly evolved people, by prefixing or suffixing it to their real name. Modern manufactures of “alternative facts” copied from old epics. In spirituality, the one who has collected wealth only in monetary terms is the poorest of the poor and not even worthy of being called a baba – the persons engaged in the business of making money out of superstition and fear for god. They are similar to mullas, priests, missionaries, etc. prevalent in other faiths. Beware of some babas in Shishu Mandir, Madrasa, Missionary faking religious brands: breeding grounds for indoctrinating young minds to become intolerant of counter-views, manufacturing armies of blind MLM followers, goons, sucking शूरवीर, terrorists and hybrid bhakts – great cocktails for elections, corruption, violence, bigotry and politics!

Babas claim to cure human suffering with irrational lies, tech cocktailing old practices, head stroking, and empty promises of immortality and enlightenment. Here, everything is done, but never finished. We throw stuff on the ground and think that someone else will pick it up. We throw garbage in the water bodies thinking that the sea will magically clean it up. For Godmen Baba: Spirituality is not taught it is attained. God never told us to worship in temples or worship saints. This is just another export and a blasphemous packaging of Indian culture like Yoga. A majority of those who join these spiritual groups are mostly low level caucasian people who did too much peer loot to gather undeserving wealth and now need some “selfie cleansing jugaad” to become fit for heaven, wishful thinking!

Mushrooming “Spiritual groups of poisoned looters gathering undeserving wealth, out on selfie cleansing for निर्वाण!” They in real sense of our creator and universal god, deserve worse than hell. Globally, Alibaba would be a great pick for richest baba after our own desi Dev ji & company.

One thought on “What is meaning of bhakt baba in India?”

Becoming Mobile Friendly is the SOS for Classified sites