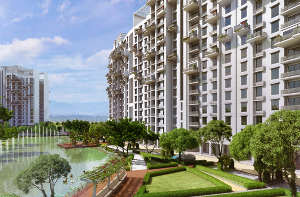 Reducing the ratio of calcium to silicate in cement production would not only cut those emissions, but would actually produce better, stronger concrete, recent findings show. Cement is made by cooking calcium-rich material, usually limestone, with silica-rich material – typically clay – at temperatures of 1,500 degrees Celsius, yielding a hard mass called clinker. This is then ground up into a powder. The decarbonation of limestone, and the heating of cement, are responsible for most of the material’s greenhouse-gas output. “Cement is the most-used material on the planet,” as per this study from Massachusetts Institute of Technology in the US.

In conventional cements, the calcium-to-silica ratio ranges anywhere from about 1.2 to 2.2, with 1.7 accepted as the standard. The researchers found the ratio of 1.5 parts calcium for every one part silica to be “a magical ratio”. “At that point the material can achieve “two times the resistance of normal cement, in mechanical resistance to fracture, with some molecular-scale design,” the report noted.
The findings, “were validated against a large body of experimental data. “Since emissions related to concrete production are estimated to represent five to 10 percent of industrial greenhouse-gas emissions, any reduction in calcium content in the cement mix will have an impact on the CO2,” it added. “The reduction in carbon emissions could be as much as 60% as per claims of a study appeared in the journal Nature Communications.