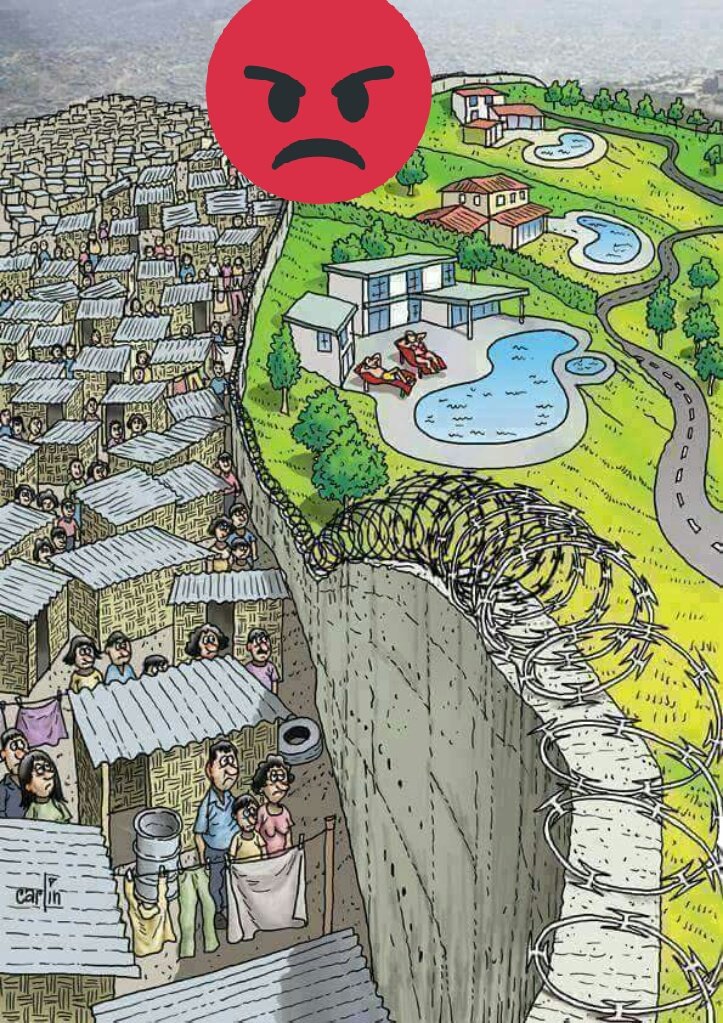 He/she who can loot 100 bucks sucking 1000 innocents by any mean becomes mainstream, smart. Expect to get warm welcome from the same breed of corrupt looters. Welcome aboard, lets multiply and reproduce our kind of bugs. Don’t worry, we will teach lessons to those shouting against us, sooner or later. We will make the Lokpal sound like Jokepal as soon we have election results, declare the anti corruption groups, parties and fellas as terrorists, anti-national or something similar. Black or white, we own this country’s 90% official notes and resources, do not change looting plans, just pause a while. – By the Order of Führer Feb 19, 2014

Though not earned with honesty, the rich and wealthy can dare not be magnanimous as if they have earned the wealth with hard work – and slowly becoming a self-indulgent bunch of viral blokes who tend to provision for their next 12 generations and closely reliable / supporting gangs of jugaadu karyakarta. Inequality is back to where it was before India’s so-called independence, and the richest 1% captured 95% of all income gains, while the bottom 90% got poorer. Not because most of these rich persons deserve the wealth or poor are any less deserving, but simply because such cronies can loot shamelessly and advertise some CSR philanthropy in partnership with today’s mutated corporate media.

Even bigger organizations promoted by these suckers are becoming more intolerant towards smaller competitors. They dream that by employing a few thousand people (development tag!), they are doing a great social service, but in reality the CEO and Owners are just sucking or looting money from all small stakeholders and becomes extra richer. Now they are close to power politics, and who can question their path to success? They will publish selfie biographies full of self goals, jumlas and great struggle they had, hiding the truth behind their big A.

Excellence lies in doing bad things or corruption for profit and find nirvana in later life by following a guru and its newly copied, re-written and translated mantras from our own old vedic ideas – of which they never cared to learn and practice even the basics. The cronies NOT only promote self goals, they are also dangerously selling and brain-washing young generations via cash exploitation of all media channels, be it TV, Print, DTH, OTT, Mobile Apps, Hoardings, Internet and proudly spread theories as to why being evil is all-well in lusty wars for power and their endless love for profit via so-called mindless growth.

They do not deserve a mention, but dare push-promote themselves as role-models on assets owned by their breed! Objectively follow some shows on mediaverse brands like Star, Times, Zee, Republic, Sony, Facebook MetaBots, Instazons, Whatsapp University, Indian Colors, PR campaigns etc.. to know how they are just doing malicious propaganda and business of politics hiding behind entertainment, religion, humor, news and knowledge.

Making and Breaking of the Himalayas: Tectonic Motions + Human Actions

How Real Estate Acts as an engine to Indian Economy?