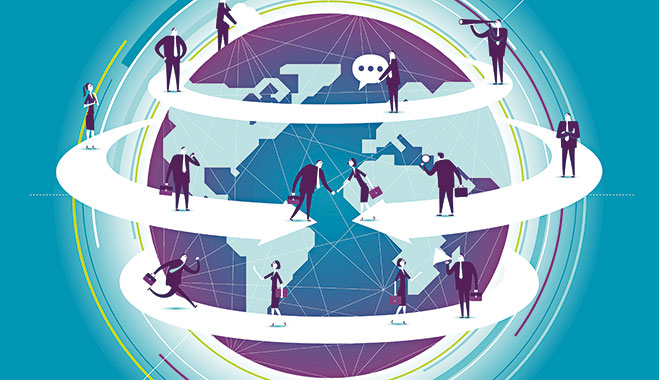 Sep 22, 2014: In the past two decades, most economies in the world have entered into various kinds of regional and bilateral agreements. These include free trade agreements (FTAs), preferential trade agreements (PTAs), economic cooperation and economic partnership agreements (ECAs and EPAs), among others. These are between countries with similar as well as vastly different levels of development, and both within and across regions. India has been no exception to this trend and in recent years has significantly expanded its bilateral trade and investment relations with a growing number of countries by initiating free trade, preferential trade, and economic cooperation agreements.

Within Asia, India has signed bilateral FTAs with Sri Lanka (1998, in force 2001), Afghanistan (2003), Thailand (2004), Singapore (2005), Bhutan (2006), Nepal (2009), Korea (2009, in force 2010), Malaysia (2011) and Japan (2011). It has also signed the South Asian Free Trade Agreement (SAFTA) (2004, in force 2006) and a bilateral FTA with the Association of Southeast Asian Nations (ASEAN) in 2010. Outside Asia, India has entered into free trade agreements with Chile (2006, in force 2007) and MERCOSUR (2004, in force 2009).1 Currently negotiations are ongoing with the EU for a Broad Based Trade and Investment Agreement and with several other countries including Australia, New Zealand, Indonesia, among others. An important trend in India’s approach to FTAs is to negotiate comprehensive agreements that include goods, services, investment and other issues. Of the above mentioned agreements, four agreements (Singapore, Korea, Malaysia and Japan) have services provisions and the remaining are only goods agreements, though some are proposed for expansion to cover services, investment and other issues.

Though economic theory stipulates that FTAs should enable trade creation and minimize trade diversion to ensure net welfare gains to all economies involved, it is not clear to what extent these basic economic principles have been followed by India in its pursuit of FTAs. Indian industry has been skeptical about the gains accruing to India after the entry into force of these FTAs and is of the opinion that such agreements have helped the exporters of other countries while Indian exporters have not gained much or have been hurt by increased import competition.

It has been pointed out that India’s trade deficit with the FTA partners has increased after signing such agreements. For instance, India’s trade deficit with Thailand has increased with a larger increase in imports from Thailand which have risen from $2.7 billion to $5.6 billion between 2008-09 and 2012-13 while exports to Thailand have grown relatively less, from $1.94 billion to $3.7 billion over the same period. India’s trade deficit with ASEAN has widened to $18 billion from $14.9 billion in 2009-10.1 In the area of services, additional market access that was initially envisaged does not seem to have materialized mainly due to various domestic regulatory barriers that still affect trade and investment flows in services and lack of progress in areas of export interest to India, such as on movement of professionals.

Against this backdrop and the concerns expressed by Indian industry, there is a need to examine the economic rationale underlying India’s FTAs and to what extent basic economic principles of trade creation and trade diversion have been kept in mind when designing these agreements and when making as well as securing concessions in different sectors. There is also a need to assess the impact of these FTAs on India’s exports to and imports from the signing countries in some of the major sectors of trade interest and to what extent domestic factors such as our tariff structure or business environment may be shaping this impact. There is also a need to assess the effect of third country FTAs on the bilateral trade impact with partner countries, i.e., what is the margin of preference India has secured from its partner countries given that the latter have also offered concessions to third countries under their other FTAs and to what extent has there been utilization of the concessions given by India by third countries through partner markets. Hence, for various reasons, a comprehensive analysis of India’s FTAs is required to take stock of how well they have been negotiated and their impact thus far and thereby help guide India’s future FTA negotiations.

2. Agenda for the Consultation
The purpose of the stakeholders consultation is to disseminate the findings of the analysis of India’s FTAs with selected Asian countries and commitments made under them and the impact of these FTAs on the magnitude and structure of India’s trade and on the bilateral trade balance with the selected partner countries. It is expected that the consultation will lead to a better understanding of the impact of these FTAs and the issues pertaining to them.

3. Participants
The stakeholder consultation intends to bring together representatives from industry and various sectors; government officials from the Ministry of Finance and the Ministry of Commerce and Industries; academics and experts. The aim is to: (a) understand the experience of different industries following these trade agreements in the domestic market and in partner country markets as well as some of the operational aspects of these agreements; (b) understand the extent to which Indian industry has benefited or not from these agreements; (c) discuss the various regulatory and other factors that may be constraining the competitiveness of Indian industry and its ability to leverage them; and (d) invite forward-looking suggestions and measures from the stakeholders so as to help the Government in reviewing these FTAs and negotiating new ones.