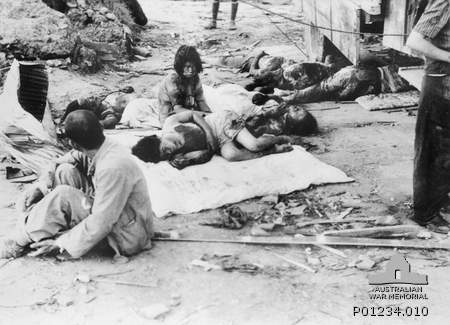 Aug 6, 2015: Only 1% unknown leaders are dedicated to building sustainable communities serving needs of its inhabitants, rest are just masked terrorists waiting for right time. If terrorism is the massacre of innocents to shake will of rulers on both sides, Hiroshima and Nagasaki were terror acts on a colossal scale – whatever the uncle and its elite allies everywhere write or justify! What happened, what led up to the bombings, why was it done at all, these cities were atomic test and threat display guinea pigs unless proven otherwise sensibly. Think what does it say about the character of the nations that did it and the nation that received it? Ironically, similar crook leaders in our third-world still embrace allied lessons and follow the same breed of cronies to massacre as many innocents possible, remixing it with progress, development and safety of humanity?

But some things seem clear: allied terrorists did a quick end to a war on favorable terms, which may not be so favorable for other monks, even today. It paved a way to go out and sell their super power status, terrorize smaller nations and manufacture fancy war stories, sipping British scotch. If Imperial looters like Truman were not terrorists who killed millions, then modern Islamic fascists are merely kids, such darkest ideologies still experimented by 1% grapevine of top sapient brands.

Exactly 70 years back on this day, few self-declared greedy leaders in United States + Vested Allies, ordered to air-shot an uranium atom bomb calling it some Little Boy on the Japanese city of Hiroshima. It had an explosive yield of around 15000 tons of TNT and 90000 were killed immediately and 145000 within months. Three days later on 9 August 1945, US shot another plutonium atom bomb named Fat Man on Nagasaki with an explosive yield of 21000 tons of TNT and 45000 were killed immediately, 75000 more were dead by the end of 1945. A bomb can now be manufactured which will be 30000 times as powerful as that which destroyed Hiroshima.

US was prepared to obliterate more rapidly and completely every productive enterprise the Japanese had above ground in any city, to regain supremacy. Ready to destroy docks, factories, communications and people. The destruction of Hiroshima and Nagasaki was a war crime worse than any that Japanese generals were executed for in Tokyo and Manila.

If Harry Truman was not a terrorist master-mind, then no one ever was. The much talked 911 on US was just a kid’s slap, in comparison. Bluntly put, the terror attack on Japan was moral bankruptcy of losing allied forces and forcefully rewriting a skewed history via pure deception. Make no mistake, even today the goal of white-collar terrorists (except the few hiding in caves or jungles) on all sides is: you kill mine, I kill yours; let’s terrorize and flush real peace lovers out!

Throwing a bomb is bad, Dropping a bomb is good; Terror, no need to add, Depends on who’s wearing the hood! There is no clear, coherent, globally acceptable definition of the concept of terrorism. UN says “any action constitutes terrorism if it is intended to cause death or serious bodily harm to civilians or non-combatants with the purpose of intimidating a population or compelling a government or an international organisation to do or abstain from doing any act”. It cannot talk of individual humans due to the enormity of representing the 8 billion lot.