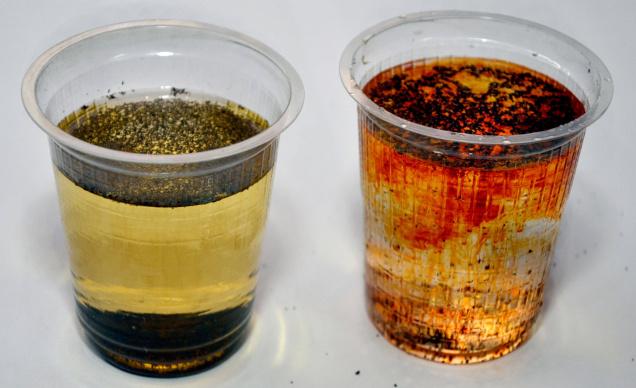 Jun 1, 2016: Soft Drink industry is now matured and important industry with significant danger to grow and escalate people’s health further, given large population and economic growth driven by higher level of income among residents and continuing urbanization and government’s support and policy. The markets injecting malicious innovations to lure consumers for changing its taste and preferences and suppress health immunity concerns.

The Bottled water and carbonated drinks occupy most of the market. However, the demand for natural fruit and vegetable and juice drinks and other healthy drinks are losing attention, due to changing pattern in demand of duped consumers. Functional drinks are sports drink represented by brands, energy drinks and herbal drinks. Over the recent years, the soft drinks market has developed at an increased rate of 20% every year. The foreign giants have cut the competition and momentum of domestic enterprises.

As industry developed, manufacturing requirements have grown stricter and competition has become more intense with frequent Mergers and hostile acquisitions (M&A). Despite intense competition, the rising costs of raw materials, labor and logistics are bound to push prices up eventually. Digital advertising platforms require greater firms’ investment expenditure, with budgets shifting away from traditional advertising media such as television and print. The focus of manufacturers is on introducing new versions of products or enhancing existing product lines.

The following Macro environmental factors tend to affect the market of Soft Drink. More specifically, merger and acquisition has been prevalent in the soft drinks market, and with the government support it has proved to be favorable for the market. Several leading companies have been looking to drive revenue growth and improve market share through the increased economies of scale found through mergers and acquisitions and thus strengthening their position on both local and global markets. One specific example is how PepsiCo acquired Quaker Oats, who bought Gatorade which will help expand PepsiCo’s energy drink sector. This trend has increased competition as firms’ diversification of products is increasing.

Trend accountable for change in demand is globalization, leading to import and export in the market. Where Imports’ share in the industry’s total revenues has fluctuated around 12% in the last two years – representing a downward trend compared with previous years. As incomes rises, there is a tendency for an increase in the demand for imported soft drinks – especially for those of a high-end sort. Whereas, the main exports of China’s soft drinks industry are fruit and vegetable juice products. Chinese soft drinks are sold mainly to the US, Japan, the Netherlands, Germany, Australia, Canada and Russia. However in 2014, the export volumes of the major segments in the industry – fruit & vegetable juice, apple juice and orange juice has also seen the downfall where it has decreased by 20.6%, 11.7% and 20.9% respectively, year on year.

Changing societal concerns, attitudes, and mutated lifestyles are important trends. As consumer awareness of health problems dim, inactive lifestyles represent a serious risky push towards carbonated drinks. The trend is causing the industry’s business environment to change, as firms are differentiating their products in order to increase profiteering in a stagnant market; thus, leading to injecting trends into buyer’s Taste and Preferences as differentiated products.

Soft drink industry has also witnessed investment by many foreign companies from Hong Kong and Taiwan, which are active in soft drinks industry. Though, foreign players like Coca-Cola and PepsiCo dominate the carbonated soft drinks market. Enterprises with foreign shareholders, such as Coca-Cola XYZ Ltd, Ting Hsin International Group, and President Enterprises (China) Investment Co Ltd, are among the leading juice manufacturers in the country. In order to be more competitive, such foreign companies are developing different creamy brands in each category.

The growing number of enterprises indicates that the industry is at the growth stage of its lifecycle, despite increasing competition and declining profitability. Soft drinks manufacturers continue to increase their market penetration through expansion of their distribution networks and through focus on new product developments designed to meet consumers’ need for greater variety. However, brand awareness is an important entry barrier in the sector.

Many fancy research like these provides information on the market trends in Soft Drink Industry including information regarding foreign players there. May god help masses.

Land sharks about to gobble up Chunchaghatta lake in Bangalore