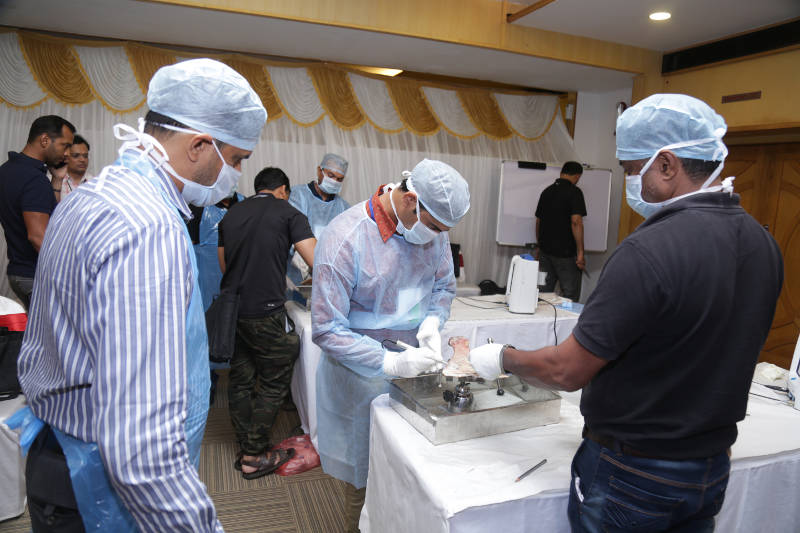 Tribals alleged that collector K. Sudarshan Chakravarthy forcibly took away a child from her mother Ramei Padiami, 29, despite protests from her. The incident took place at Daniguda village under the Sadar block of the district. Padiami later told reporters: “I am not interested in my child being treated at the district hospital. But the collector forcibly took away my daughter against my will.” (Nov 5, 2016)

The tribals are reluctant to send their children to the district headquarters hospital as they have developed a perception that their kids would not return alive. With death toll on the rise, the faith in government hospital is on the wane. Two more deaths were reported from the district today taking the toll to 87. Officially, though, the toll stands at 74.

The incident, however, left Padiami was inconsolable. “I have lost a two-year-old son-Ramesh and four-year-old daughter Sushila in the last one week. They had been admitted to the hospital, but passed away. I don’t want to lose Shanti. How can you know the pain of a mother who loses a child?”

Earlier, the local block development officer and additional chief district medical officer had approached Padiami’s family and requested them to admit their child to the hospital to ensure proper treatment. But the family refused to heed the advice and said that they would do so only if the child was admitted to the SCB Medical College and Hospital in Cuttack or the MKCG Hospital in Berhampur.

As the discussion failed to yield any result, the officials informed the district collector, who along with other officials, reached the village and tried to convince the family. The collector even told the family that doctors from Cuttack had already come to Malkangiri and the child would get proper treatment in the district hospital. As parents did not agree, the collector with the help of Anganwadi and ASHA workers, took away the child and admitted her to the district headquarters hospital. However, the parents did not accompany the officials to the hospital.

The child’s father Sudarshan Padiami said: “I would have accompanied the officials had they taken my daughter to Cuttack or Berhampur hospital. We are worried that our girl is now in Malkangiri hospital.” The local auxillaly nursing midwife of Daniguda village, Purnima Parida said: “After we got information about health of the child, we took her blood sample for test. In the first case, she tested malaria negative. As her condition did not improve after two days, another blood test was done and she was detected with Japanese encephalitis.”

On his part, the collector said that the child was doing fine. “She is fine. We are handling all the cases properly. Things are under control,” he said. While the local tribals are up in arms against the collector, the ruling party has jumped to his support. Rabi Narayan Nanda, who hails from Koraput district, said: “The collector has done his job. All should help the district administration.”

Director health services Kailash Chandra Das said: “We have already launched an awareness campaign to restore people’s faith in the health delivery system. We will launch the immunisation programme in December once Japanese Encephalitis is brought under control.”

The issue has already snowballed into a political controversy. Union petroleum and natural gas minister who was scheduled to visit Malkangiri today, was denied permission because of security reasons as the area is considered to be a Maoist stronghold. However opposition alleged that the denial of permission was part of state government’s plan to “to keep the Union minister away from the people of Malkangiri district”.