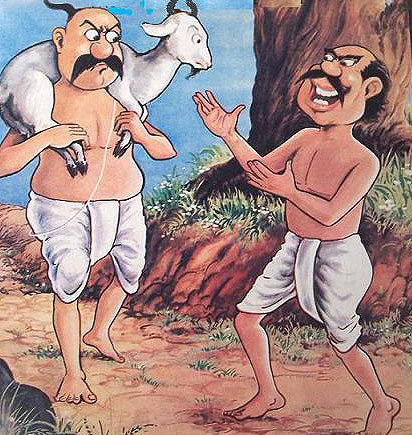 Real unbiased media is simply a reflection of truth & facts, which are vanishing rapidly. Truth shaped our universe until now, propaganda and alternative facts are replacing that steadily. Untruth if repeated, becomes truth over time – interesting moral tale from Panchatantra. If there is a wave, the social worker should swept in; if there isn’t, the self-declared emperors may be swept out of one power house but “not public life”. But who are manufacturing these social media waves for bucks and promoting rosy rumors or unwanted tarnishing, the 1% intelligent opinion sellers, or rulers invincible cabinet of deep state bhakts?

Will these so-called media houses who drum for a party, a campaign, a candidate, a rosy ad or a policy take responsibility in case of failure of the same groups once elected to power? No, they will just take sides depending on who pays COW much, indirectly of course. After campaigns are over, the opposition or ruling elite’s smartness become their source for another round.. some of them are no more than white collar extortionists.

But they are not PIG fools, they have privileged undercurrent penetrating the elite jugaad system apart from many other fields, catching them red handed is not child’s play. Most words they choose to describe events now-a-days have several meanings. But why not – privilege delivers benefits: institutionalized racketeering, wealth development and power that are catchy.

They are above bias, in theory and modern-gimmickry. They will provocatively ask “where is the proof”, we need to ignore their restlessness and carefully review number of millionaires in their clan and their sources of income. They are as much part of the corrupt gangs and popular culture, trying to be rich in a perfectly normal capitalistic way. We are saying “paid media” not all media, underline this and see who gets provoked – fatty looters or its proxies, you bet.

The pony-club cocktail of paid media and glamorous currency-loving celebrities – belatedly trying hard to follow the West stock-loving propaganda artist empires as saviors of humanity, while crushing the real change makers, cultural movements, revolts and reformers with fear / bribing mantra and poisonous propaganda. Take for example social media billionaires of west mating with desi bhakts everywhere, such soft-nazis are sponsored by few greedy leaders in G20 and its allies.

We will never know who promoted such monsters to flourish using generic technology and become public platforms to spread vested interests, alternative truths and pave ways for passive looters even after a World War III – a sad reality thanks to destructive application of finer technological innovations!

The great success mantras adopted since many centuries by Imperial Kings, Annexing Mughals, Looting Colonizers, now overtaken by the digitized breed of Populists: “Divide & rule” – Be the favorite commander in eyes of dictators – be the parodist nationalistic – just chant “वसुधैव कुटुम्बकम” to dent-paint your greedy skin. If commoner real conscience, renaissance ideologies and native alternatives to imported capitalistic culture wins, the successful mafia of #PropagandaArtists loses its audience, MLM revenues & #CyberPolitics iron-men influence, they must succeed if third world humanity has to delay its self-extinction!