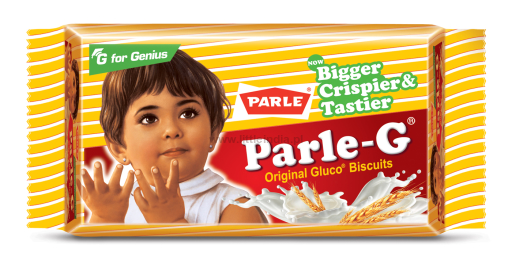 Mohanlal Dayal started a tailoring shop at the age of 18 in Mumbai. When his sons joined the business, they started exploring confectionary. Mohanlal traveled to Germany to learn the techniques involved in making confectionary.

In 1928, Mohanlal Dayal founded the ‘House of Parle’. It was named after the suburb it was located in – Vile Parle. The first factory and initial machinery were set up in 1929. They initially started by producing sweets, peppermints, and toffees made of glucose, pure sugar, and milk.

House of Parle employed 12 family members initially – all of them taking care of the engineering, manufacturing, and packaging the products. Parle Orange Bite was one of their first products. Biscuits were a premium product back then and were mostly consumed by Britishers and upper-class Indians. Most biscuits were imported then.

Parle produced their first biscuit in 1938 – Parle Gluco. Since it was very affordable and accessible, it quickly became a hit among Indians. Parle Gluco was made of the masses. It was India’s answer to the British-branded biscuits. During World War II, it became a go-to biscuit for the British-Indian army. In the early 1940s, Parle also produced India’s first salted cracker – Monaco. After the Partition in 1947, Parle had to stop production of Parle Gluco due to the shortage of Wheat – one of their main ingredients. For the time being, they start producing and selling biscuits made out of Barley. By the late 1940s, Parle had created the world’s longest oven at the time – 250 ft long.

Over the years, more and more brands started entering the market with ‘Gluco’ or ‘Glucose’ in their names. Britannia came up with their brand of glucose biscuits called ‘Glucose D’. To keep up their sales and stand out in the market, Parle Gluco changed its name to ‘Parle-G’ in the 80s, introduced it in a new package with white and yellow stripes, and the illustration of ‘Parle-G Girl’ – or the package design that we know of, today. There are multiple stories about who the Parle-G girl is. It was recently clarified that the featured Parle-G girl was just an illustration done by Everest Creative’s artist Maganlal Daiya in the 60s. A result of his imagination.

In 1982, Parle also launched their first TV commercial on Doordarshan for Parle-G with the tagline “Swaad Bhare, Shakti Bhare, Parle-G”. In 1998, Parle convinced people’s favorite superhero at the time – Shatkimaan to do a commercial for Parle-G. Originally, the “G” in Parle-G stood for “Glucose” which was later changed to “Genius” in the early 2000s. As of 2009-10 data, the volume sales of Parle-G were bigger than the combined sales of all biscuits brands in China – the 4th largest biscuit-consuming country in the world.

By 2011, Parle-G had become the largest-selling biscuit brand in the world according to a Nielsen report. In 2013, Parle-G launched its ‘Kal ke Genius’ campaign. Gulzar wrote the lines for the campaign as Piyush Mishra added his voice. (https://www.youtube.com/watch?v=sADzIi4lOC8)

In 2013, Parle-G also became India’s first FMCG brand to cross the Rs. 5000 Cr mark in retail sales. The recent COVID-19 lockdown contributed to the parent company and increased its market share by 5%. 80-90% of that growth was a result of Parle-G sales. In 2019, Parle-G was on the ‘Food & Beverages’ category of TRA’s Brand Trust Report India.

Today, Parle-G has more than 130 factories and is present in more than 5 million retail stores across India. Parle-G produces more than a Billion packets of biscuits every month. Parle-G is available even in the most remote parts of India today – where no other biscuits are available. Truly, meant for the masses.

Three Things to Note When Developing an Ecommerce Website